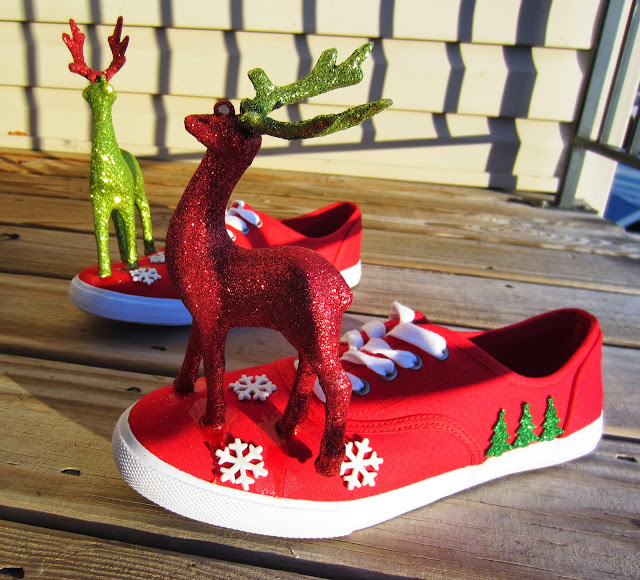 The Holiday Hustle 5K is one of the few races in the area that's an evening race. The 5K starts at 4:30 p.m., so by the time people are finishing, it's just getting dark and you can see the Christmas lights twinkling on everyone's festive outfits. It's perfect timing.


Several weeks before the race I picked up an ugly Christmas vest and a snowman turtleneck at a local thrift store for a few bucks. I was a little late in shopping; it was pretty slim pickins for ugly holiday sweaters. But my vest was pretty tacky so I could roll with it.

The center piece for this outfit was the wig. I stuffed the wig with poly stuffing to make it puff out, and then wrapped a garland around it. The garland was secured by using the wig's hair strands to tie it in place. Way easier than using a needle and thread to secure the garland (my original plan.)

The garland had tiny presents along its length. During the race, I had a girl ask me if she could have a piece of chocolate from my wig. She thought the presents were wrapped treats! That's actually a pretty great idea to put food in there. It could be my very own traveling aid station!


Originally, I was going to run in my Adidas, but I found a pair of red shoes for $12 at Payless. Then I was on a mission to decorate the shoes. The reindeer came from Target at $2.50 a pop. The reindeer were super glued onto the canvas shoes and took a day to dry. Glittery stickers were glued onto the shoes once the reindeer had dried.


To round out the rest of my outfit: Santa stocking socks, green ornament earrings, snowman gloves, and Christmas tree sunglasses. The round lenses from the shades went well with big hair, plus they were glittery. You can never have enough glitter.

It was chilly that day - around 20F and a bit windy before the race start - so I was very glad for my nice warm wig.

The wig stayed on for the most part until the last half mile. At that point the bobby pins in the front of the wig had worked themselves loose and the wig started to slide backwards. I had to support it a bit during that time by putting a hand on it, but I received a lot of compliments on the hair style, so it was well worth it.

Sadly, my reindeer didn't make it through the race. One of them worked itself loose during the first half mile, the other one fell off with a half mile to go. They were glued on okay, but the glitter coating of the reindeer that I liked so much turned out to be their undoing. The styrofoam separated from its glitter coating, so I still have glittery bits stuck to my shoes. When the reindeer fell off, I chucked them to the side of the road so I could pick them up later. The red one I found, but the green one went missing. Maybe he's found a new home.